The Council Meeting is the ultimate decision making body and the principal forum for major political debate. Together the 54 elected Councillors make up Full Council. Full Council meets every six weeks. They are public meetings (there may be some private items of business), which you can attend or view as a live or archived webcast.

The Cabinet is made up of the Leader and nine other Councillors (usually from the same political party). The Cabinet has public meetings every month (they may contain some items of private business) and makes recommendations to the Full Council.

Cabinet members are the people who are in the Cabinet. They each have a 'portfolio' of services that they are responsible for and they have their own meetings to discuss their specific responsibilities.

The Lord Mayor is one of the Councillors and they are chosen each year by the Full Council. It is a non-political role, they chair the Council meetings, promote the city and perform ceremonial duties.

The people who work for the Council (non-political employees) are sometimes called 'officers'. They research and implement the policies that are decided by the Councillors.

1. Full Council makes decisions on anything that...

2.  The Cabinet makes decisions on anything that...

3. Cabinet members makes decisions on anything that...

4. Delegated decisions are when an officer can make the decision. These are day-to-day decisions.

There is also a Scrutiny Co-ordination Committee, which oversees the scrutiny boards and deals with the Leader and Deputy Leader's portfolios.

The scrutiny boards are made up of a number of Councillors (who are not in the Cabinet). Scrutiny chairs are usually from the ruling party. 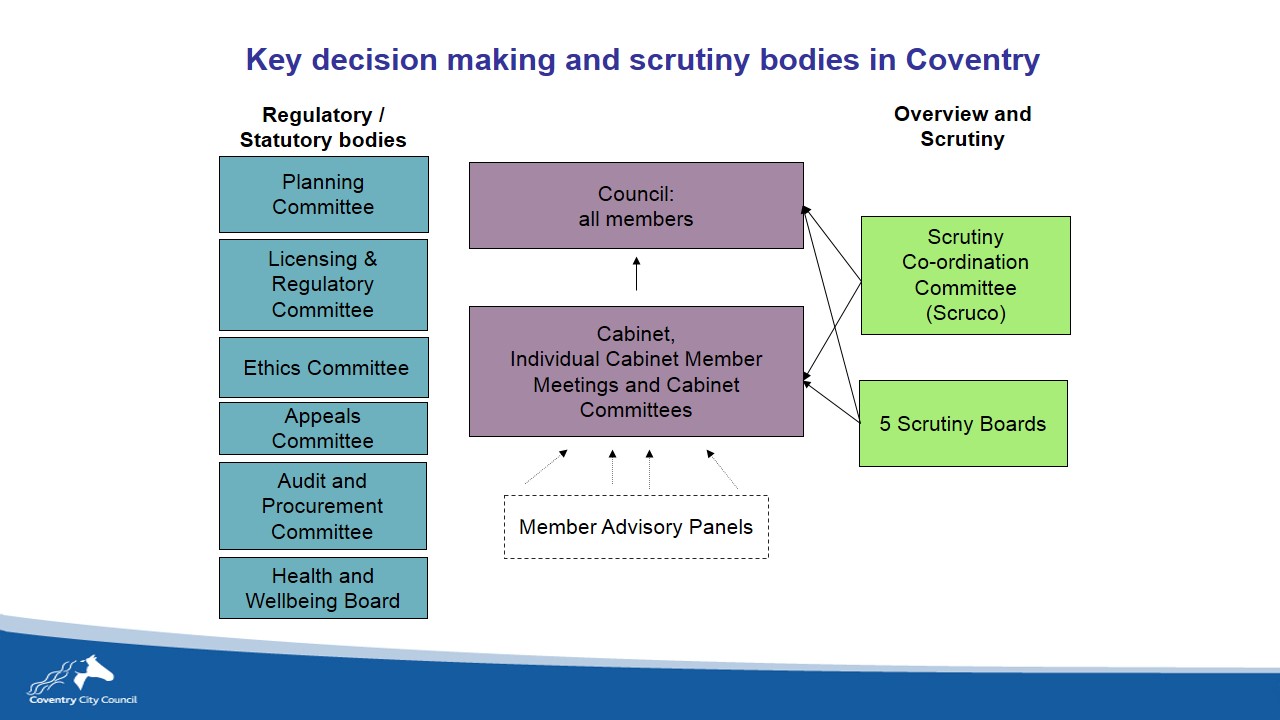