A family life for Roy 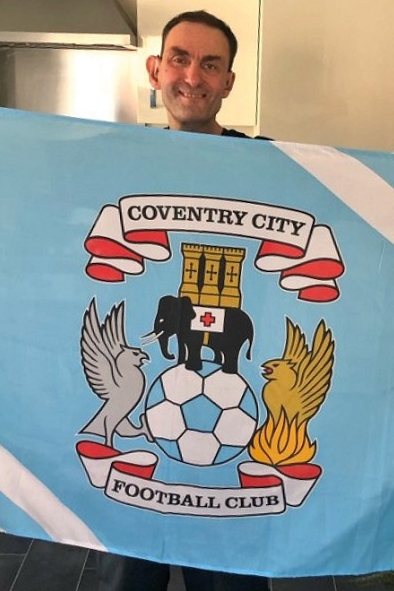 Roy has lived in Shared Lives for 6 years now. He has formed a great relationship with his Carer and her family, a relationship based on mutual trust and respect. Roy has been able to fulfil his wishes. Roy ensured others understood how important it was for him to have access to his own money, and with the support of an appointee and his carer he now has access to his finances. He has been supported by his carer to gain the confidence to travel independently around the city, Roy can tell you the number of any bus and its destination. Roy makes good use of travelling independently and visits the friends he has made and goes to all the places he wants to go.

So, what about the football !!! Roy was supported to attend his first few football matches and is now a Season ticket holder for Coventry City Football Club, he has also been able to make friends with a family who sit next to him, Roy calls them his “Football Family” Roy regular meets up with them and attends away matches too, Roy’s confidence supports him to make and maintain real friendships away from his support network, this is what life’s about for Roy, when Roy was asked what is the best thing about living in Shared Lives he stated

“I go out every day and some nights, I have my own room where I can watch some tv if I want to and I have Sky, so I watch all the football that I want to. I can use the bus and walk, and I go and visit people. I can do jobs in the house like setting the table, clearing away, hang washing out and bring it in when it is dry or if it starts to rain. I like to make drinks for visitors and always make people feel welcome. I like to have jobs that I can do, it is important to me.”

Shared Lives has offered Roy a sense of belonging, feeling valued and respected. Roy feels of equal value in his household, he is proud of the responsibilities he has. 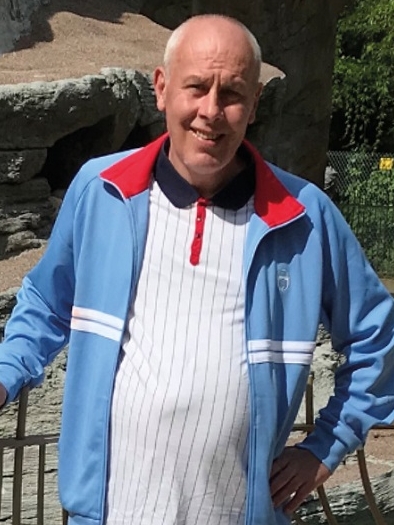 For a while I remained well and worked full-time, I had a good social circle and a large group of friends. I met my ex-partner and together we had a beautiful son (who I must say is my greatest achievement). Before I knew it, my drinking had become excessive, this, in turn, triggered a significant decline in my mental health, my relationship with my partner broke down and I returned home to live with my parents.

I would forget to take my medication, I would forget to wash or eat and then I began experiencing ‘anxiety episodes’ which could last up to 48hrs, these episodes overwhelmed me and so it was felt by professionals and my family that I would benefit from a period of rehabilitation. I moved to a rehabilitation unit a short time later. During the time I was there I received 24hour support from the nursing team, after two years I was ready to be discharged and a referral was made to the Shared Lives Scheme.

Following several meetings, I was introduced to my first Shared Lives Carers, they had been Shared Lives Carers for a long time and they also had another person living with them that they supported, we all got on well. I lived with them and the other person for two years until they retired in 2017. During my time with them they supported and encouraged me to rebuild the skills I had once had, my confidence came back, I began travelling independently again which meant I was able to meet up with my family and friends once again, I also had my own key and was able to live the life I wanted to.

In 2017, when asked I had said I wanted to remain in the Shared Lives Scheme I was then introduced to another family. I had several visits and then stayed for a period of respite, I really enjoyed it and in April 2017 I moved in. This home and family are very different, the Carer and her partner, have two young children, I enjoy playing football with them and they remind me of when my son was small. My Carer also supports another person and we get on well although, we are very different. I see my family every week, they visit me most Fridays, my brother and I still enjoy watching the football together and most importantly I have been able to maintain contact with my son.