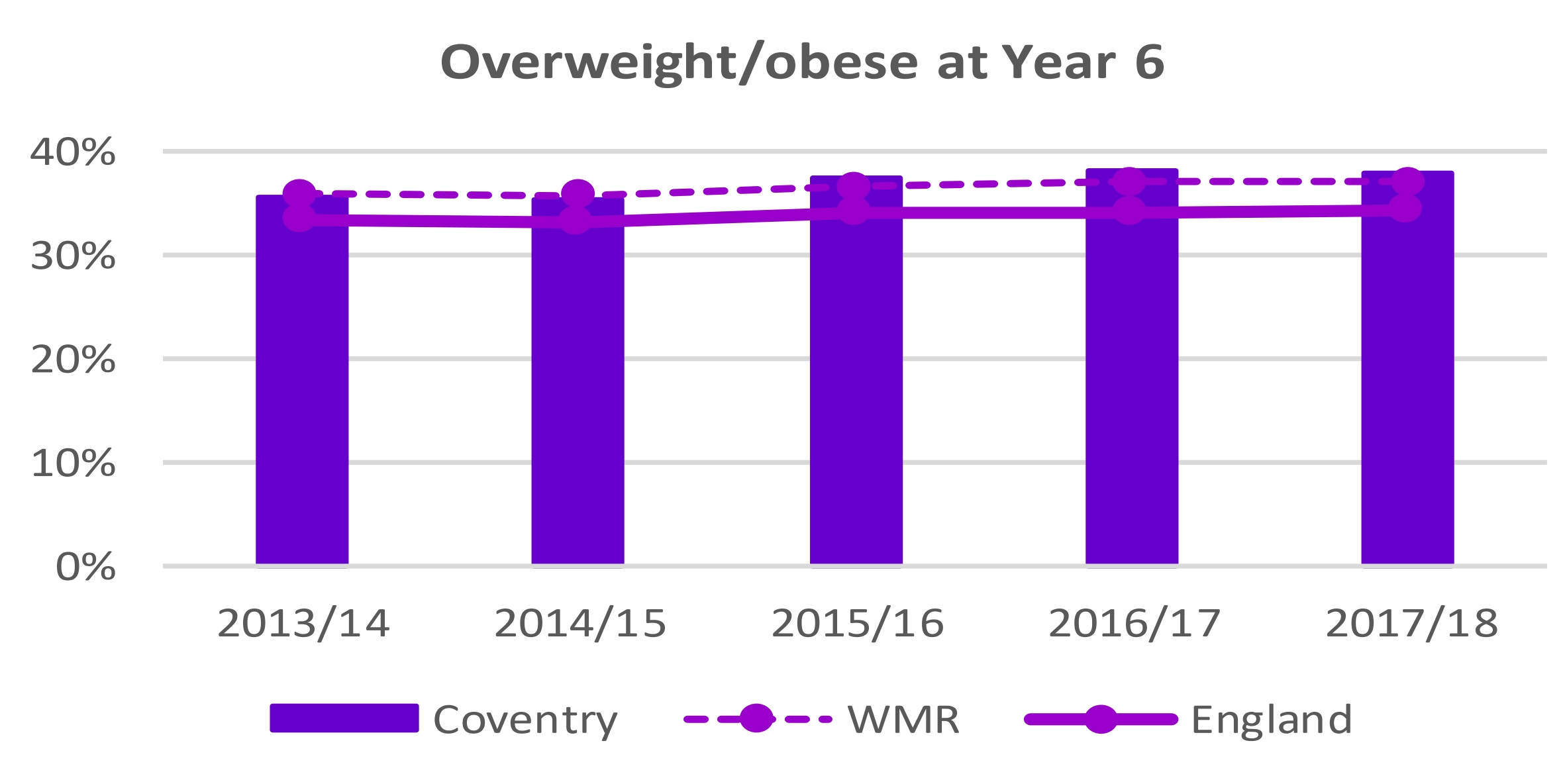 The new family health and lifestyles service took on the city’s Be Active Be Healthy family weight management service last September. The service works with partners to prevent obesity, improve self-care and promote local community support. The team also works closely with school nurses to deliver ‘One Body One Life’, a weight management programme.
The Coventry Obesity Alliance was re-launched in June 2019, taking stock of the progress made and the next steps needed, from addressing food poverty to encouraging physical activity. 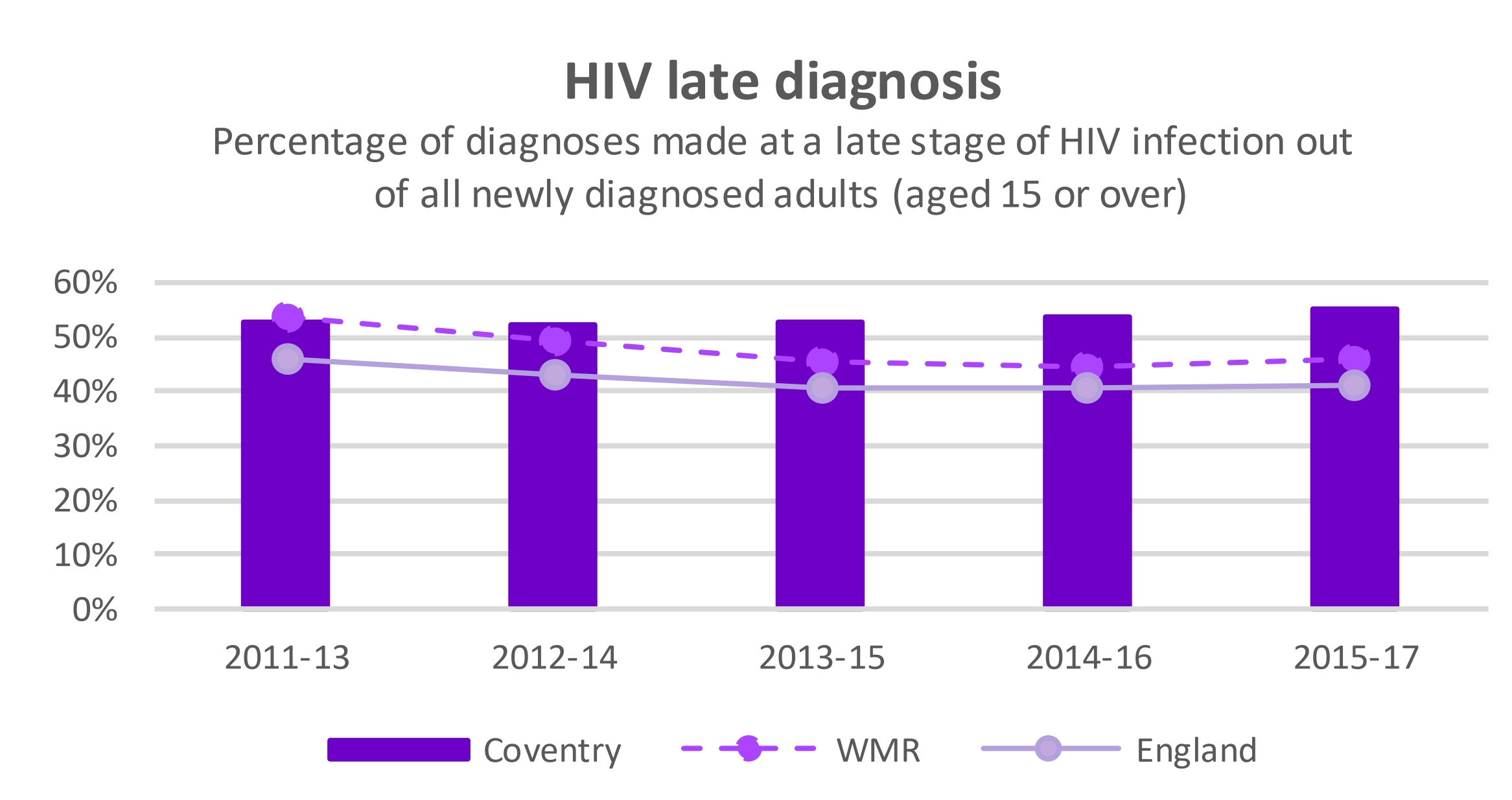 Coventry has established a range of HIV community testing points and raised awareness of HIV amongst our primary and secondary care colleagues. The purpose of the work was to identify individuals with undiagnosed HIV thereby enabling them to access treatment and reducing the likelihood of onward transmission of the infection.

People can get tested through sexual health services, online self-sampling, and in some community pharmacies. Some GPs in high prevalence areas of the city are being supported to increase HIV testing among their practice populations. Although the proportion of late diagnoses remains above 50%, the total number of late diagnoses has reduced from 71 over the 2009-2011 period to 49 in the 2015-2017 period.

Smoking has reduced but challenges remain

Although smoking prevalence has reduced, the number of women successfully quitting with support from a stop smoking service at the time of delivery has remained unchanged. In 2017/18 around 300 pregnant women sought support from stop smoking services to quit, of which 142 managed to quit by the time of delivery. As part of the new Family Health and Lifestyles Service, an action plan and working group is in place to improve support to pregnant women and under 18s who smoke. 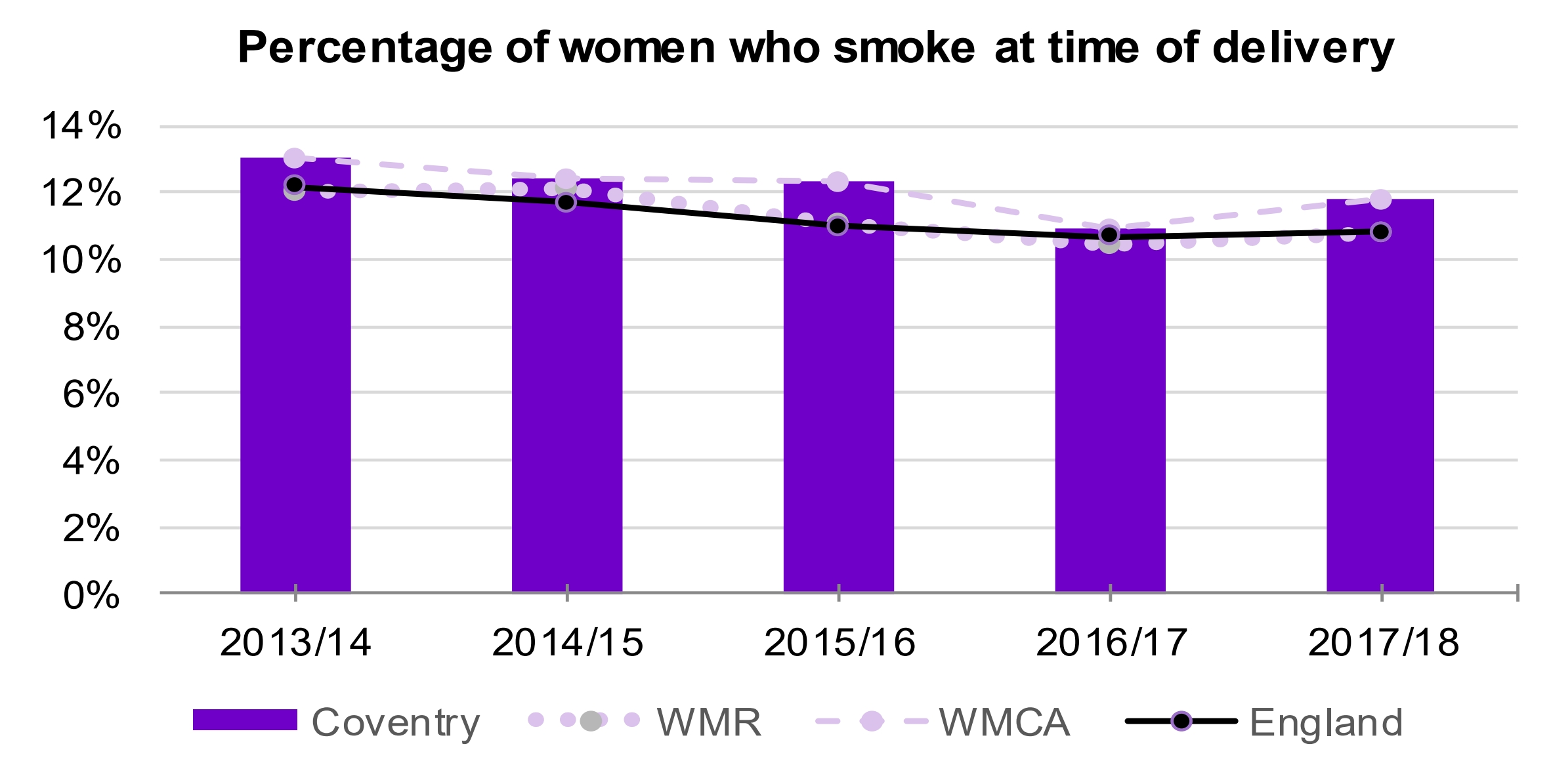 To improve our approach to the prevention and management of diabetes, changes have been made to the city’s self-care, patient information and education offer. This includes new face to face and digital options; better community-based support for diabetes; and awareness raising during Diabetes Awareness Week. 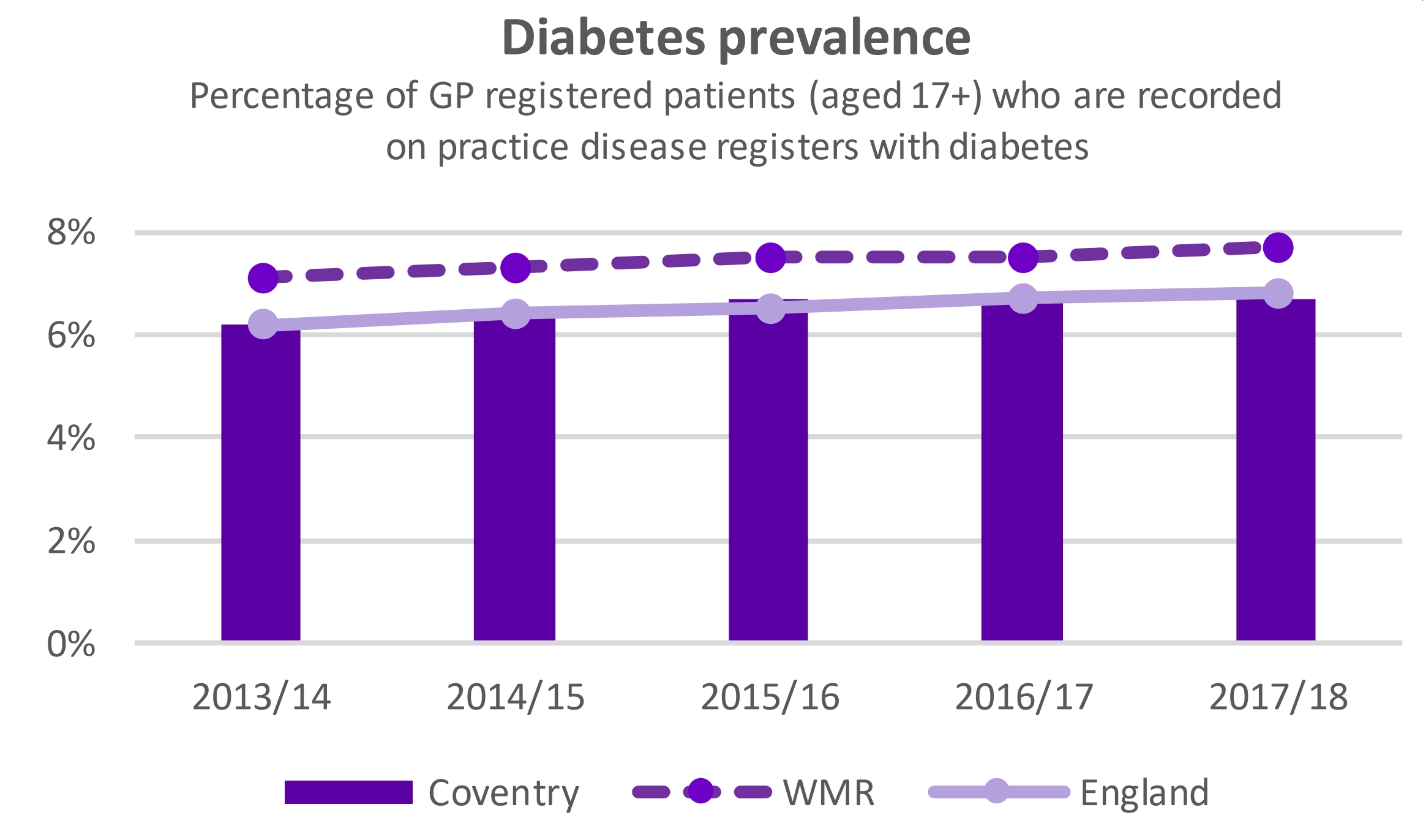 6 in 10 adults are physically active

In 2017/18, 60.6% of adults were physically active, a marginal increase from 59.3% a year ago. There are some positive signs, where there has been an increase in participation in gym and fitness classes, active travel, cycling and outdoor sports.

However, there are challenges around some groups:

The city’s new physical activity framework was agreed by the Health and Wellbeing Board, and progress towards an implementation plan is under development.

Increase in admissions to hospital due to injuries

The city’s rate for hospital admissions caused by injuries in children aged 0-14 per 10,000 has increased in 2017/18 to 203.7. This appears to be worse than both regional and national average. However, evidence suggests this is due to admission practices at the hospital, not necessarily because more children in Coventry were getting injured. The number of attendances at A&E amongst Coventry children was not higher than average in 2017/18 but a much higher percentage of A&E attendees were being admitted to hospital as inpatients. 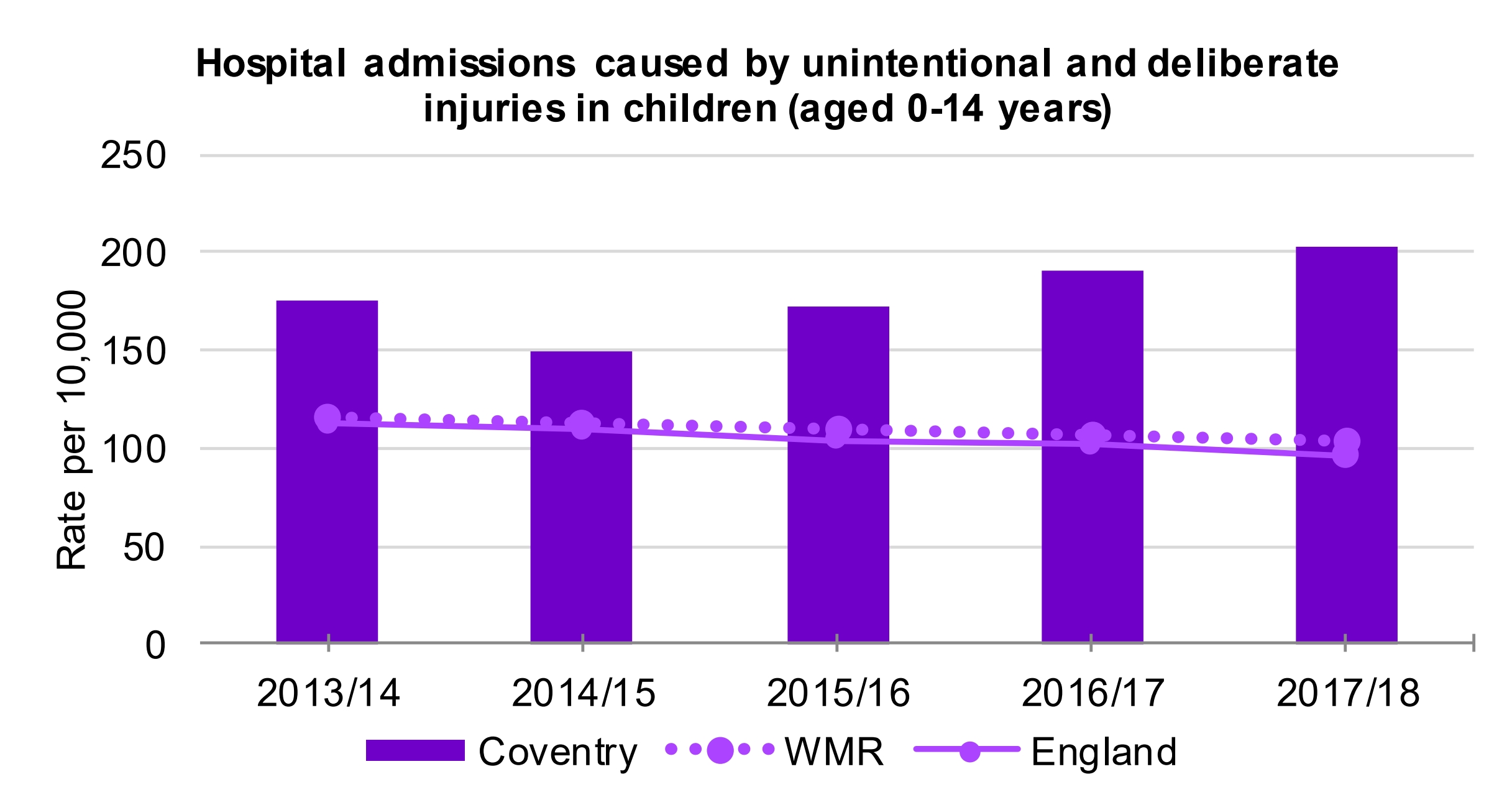 The city’s local safeguarding children board is working to prevent both unintentional and intentional injuries in children.

Conceptions to under 18s

Fewer conceptions to under 18s

Coventry’s under 18 conception rate continues to decrease from a high of 68.1 per 1,000 females aged 15-17 years in 2008, the highest rate in the West Midlands, to 26.1 in 2017, the latest data available. The three-year moving average data for under-16 conceptions is also demonstrating a downward trend. 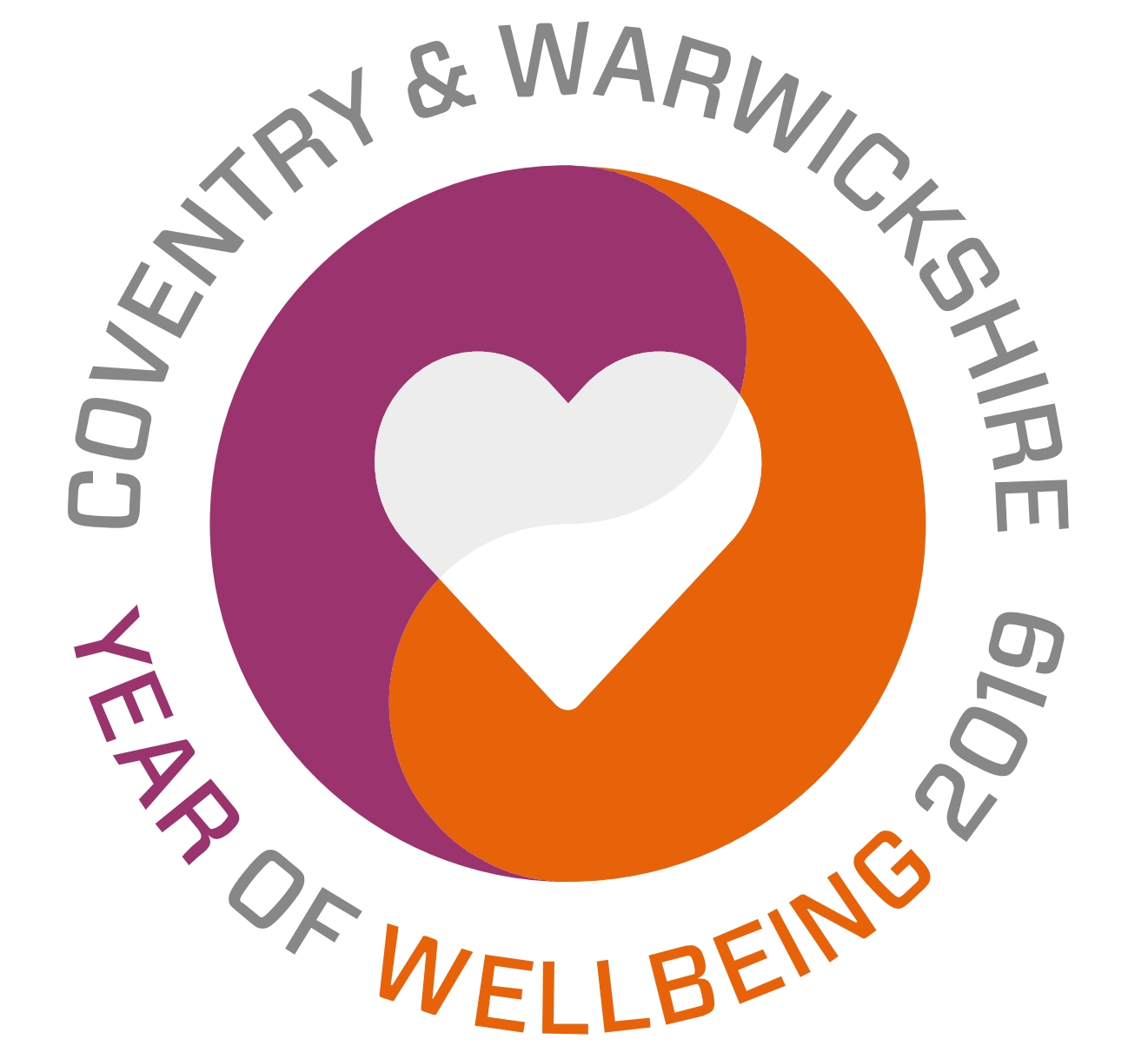 The Year of Wellbeing 2019, created by the Place Forum, a partnership between the Coventry and Warwickshire Health and Wellbeing Boards, aims to inspire Coventry and Warwickshire residents to feel good and to take positive action to improve their physical and mental health in 2019 and beyond. Individuals are encouraged to pledge to do one thing to look after their wellbeing, while organisations can sign up to be a wellbeing employer.

Mental Health Awareness Week took place in May 2019. Body image was the theme of this year’s event. The week included a free one-day Year of Wellbeing Festival, which connected the public to organisations that promote good mental health and wellbeing. There were over 30 stalls from local groups, including Positive Youth Foundation, Papyrus, Samaritans, Arty-Folks, and the NHS. There were also taster activities for mindfulness, sport, and arts, and the creation of a gratitude wall.

Coventry hosted its first Comedy Festival in May 2019 to promote the role of laughter in our wellbeing. The 10-day event brought 80 different shows from local talents, as well as nationally and internationally renowned acts, to a range of venues. Headlined by Tom Allen at the Belgrade Theatre, performances included stand-up comedies, improvs, family shows, and musicals.

Festival of Creativity and Wellbeing

The free Festival of Creativity and Wellbeing provided an opportunity for Coventry residents to connect creatively. Local artists and cultural organisations worked together to put on a programme of workshops, performances, activities, and stalls to showcase the use of creativity to support positive wellbeing. 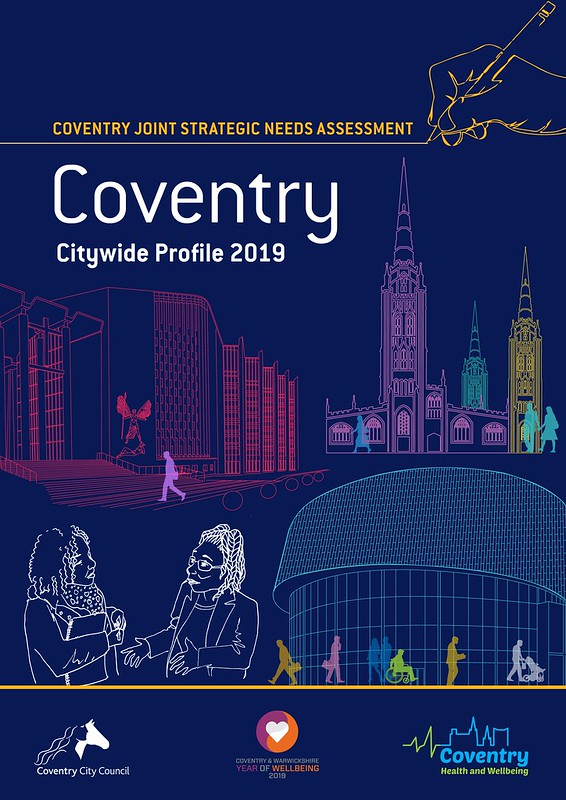 The Coventry Health and Wellbeing Board has launched an updated report on the health and wellbeing of residents and communities. The report, known as the Joint Strategic Needs Assessment (JSNA), brings together evidence and data from a variety of sources to help inform future decision-making. A wide range of residents, communities and partners have been involved in the creation of the report.

The report has explored what is happening in Coventry and what more can be done to improve peoples’ health and wellbeing. The city’s growing and changing communities; rising education levels and improving job prospects; housing, environment and safety; and social inequalities are some of the key issues assessed.

This year’s report is different; transforming from a collection of statistics about Coventry into a place-based assessment of local health and wellbeing conditions. The full report is available at www.coventry.gov.uk/jsna/ along with a citywide intelligence hub data profiler tool where communities and partners can investigate the data in more detail. Further profiles for each of the city’s eight family hub neighbourhoods are under development.

Previous Improving educational outcomes Next Protecting our most vulnerable people