The Coventry city centre skyline has been rapidly changing with the demolition of old tower blocks and the rise of new ones that reflect the city’s growing and changing need for apartment blocks and student accommodation. By attracting people to live and work in the city centre, there will be increased footfall and increased demand for retail and destination leisure activities in the city centre, helping attract more shops and restaurants to create a more vibrant city centre for everyone.

While the development of city centre apartment blocks and student accommodation are led by private investors, the Council is working to ensure residents benefit from the changes and is investing monies through the Growth Deal. Through the programme, the Council helped deliver 531 jobs and apprenticeships and 10,440m2 of commercial space in 2018/19; with a target of creating over 10,000 jobs and over 30,000m2 of skills and commercial space by March 2021. 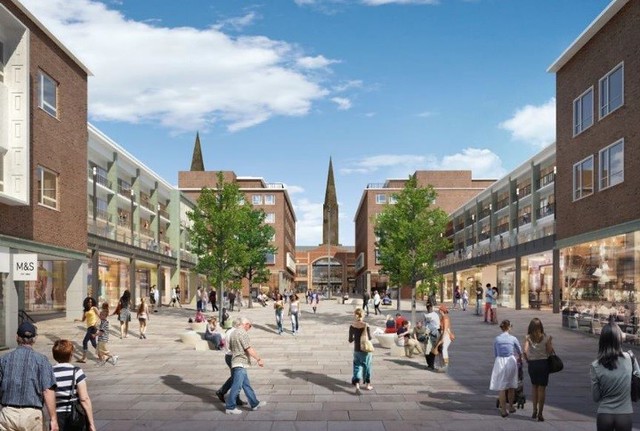 Upper Precinct is under transformation with the removal of escalators and footbridges connected to West Orchards, the ramp near Ernest Jones, and canopies. This will result in larger shop units, and a modernised central pedestrian area with a courtyard-style design, with planting, landscaping, water features, seating areas, and timber terraces. To attract more people to the city centre, the unused upper levels will house local students, further freeing up family homes in local neighbourhoods. The modernisation of Upper Precinct is part-funded by the Council, the Shearer Property Group, JP Morgan Asset Management, the Local Growth Fund, and others.

Regeneration of the Burges 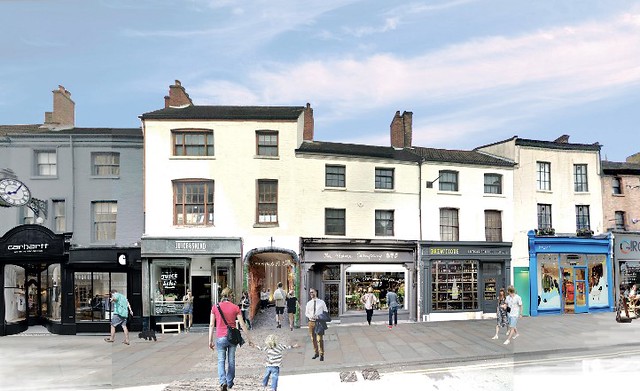 Following a successful bid put together by Historic Coventry Trust, the Coventry Business Improvement District (BID), and the Council, Coventry was chosen by the Department for Digital, Culture, Media & Sport (DCMS) as a High Streets Heritage Action Zone project. The DCMS has pledged £2m to regenerate the Burges, one of the few parts of Coventry that preserved its pre-Second-World-War appearance, restoring building façade, historic shopfronts, and access to River Sherbourne at Palmer Lane.

The Council has blended in private sector developments with public realm improvements designed to encourage residents into physical activity and active travel patterns. Works this year include opening-up the link between Hertford Street and Broadgate Square to create a more attractive pedestrianised city centre environment; and Phase 2 of Coventry on the move! in Parks providing exercise equipment and marked walking and jogging trails. 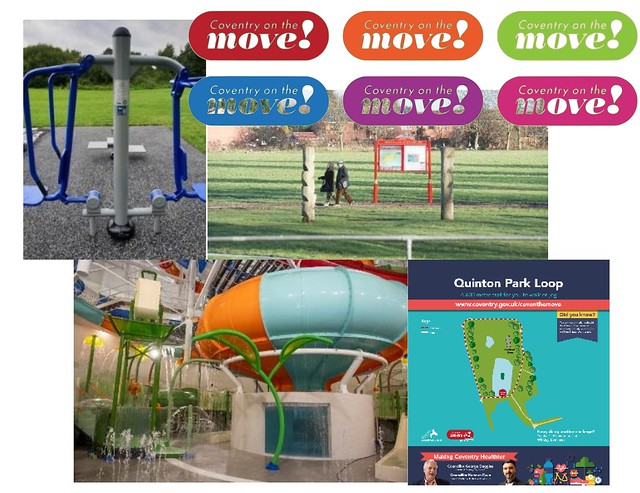 The Council is increasing the range of free public Wi-Fi in the city centre, in partnership with IntechnologyWifi and local businesses, which have allowed Wi-Fi equipment to be mounted on their buildings. The Wi-Fi brings benefits to businesses, visitors, and residents, and may help encourage high tech firms to contribute to the city’s growth. 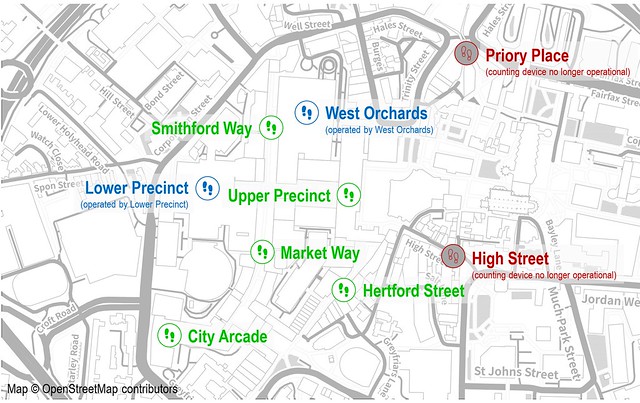 An index of places nationally suggest footfall has declined by 8.7%, suggesting that Coventry has bucked the national trend.

There was significant variation in the trends of change between different locations in the city centre. Footfall increased in Hertford Street (+5%) and Smithford Way (+3%); no change in Upper Precinct (0%); and footfall decreased in Market Way (-9%) and City Arcade (-16%). 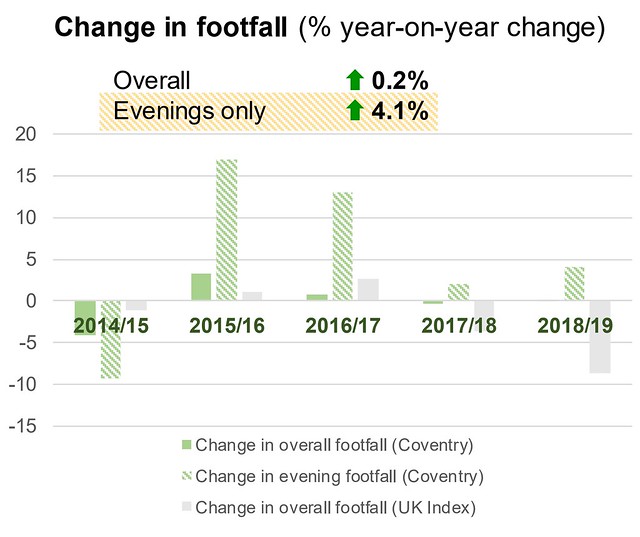 The number of students enrolled at Coventry University and living around the city centre has continued to increase. This should have a positive effect on footfall, although this may be limited by the placement of the city’s footfall counting devices which are focused in the retail area and may not cover the routes students tend to take, for instance, between Trinity Street, Priory Place, High Street and Coventry University. A review of the numbers and locations of counting devices may help address this.

Changes to the Council’s estate may also have an impact in footfall patterns: for instance, the opening of One Friargate in November 2017 and the relocation of staff away from the demolition of the Civic Centres may have influenced figures at Hertford Street; and the refurbishment of Broadgate House and relocation of staff from elsewhere may have influenced figures at Upper Precinct.

The ongoing redevelopment of the city centre precinct, including the demolition of Coventry Point and transformation of Upper Precinct may have a negative effect on footfall in 2019/20; but upon completion it is hoped that city centre footfall will recover and increase as the city becomes the UK City of Culture in 2021.

Like recent years, evening footfall continue to buck the trend, continuing to improve and perform better than daytime footfall. In 2018/19, footfall in the city centre after 7pm was 4.1% higher than it was in 2017/18. This year’s evening performance improvement was even higher than last year’s by an additional 2.1% points. There has been variation between different locations in the city centre; evening footfall increased in Hertford Street (+14%), Upper Precinct (+4%) and Smithford Way (+2%) but evening footfall fell in Market Way (-8%) and City Arcade (-10%). 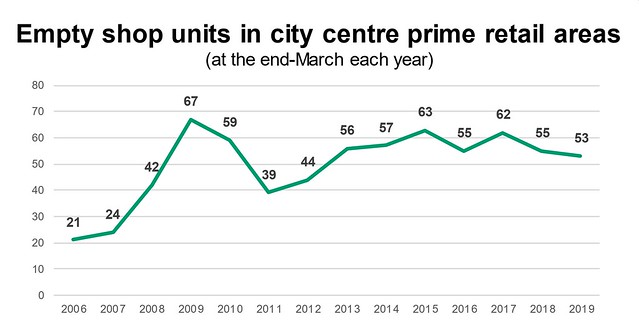 Previous Creating the infrastructure Next Raising the profile of Coventry and its arts, sports and cultural opportunities