Published on Friday, 17 January 2020 in Council and democracy news

Agencies across the city are activating Coventry’s Severe Weather Emergency Protocol (SWEP) from today as the temperatures are set to get colder over the next few nights.

Colin Millard has been named as Coventry’s latest Good Citizen.

Sound of success in the new year for youth musicians

Published on Wednesday, 15 January 2020 in Children and families news

Young musicians from across Coventry, Warwickshire and Solihull got 2020 off to the sound of music during a weekend packed with performances from 4 – 5 January.

Comedy Central Live is coming to Coventry and they’re bringing the laughs.

A new mental health support service that aims to increase help for residents experiencing mental distress, is being launched in Coventry, as part of a joint effort by the Council and partner agencies. 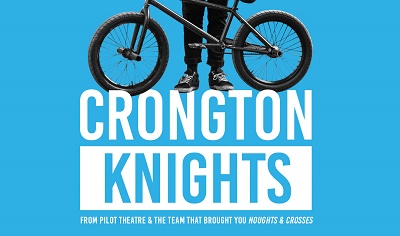 Published on Tuesday, 14 January 2020 in Services for schools news

We are offering a range of FREE workshops for schools to accompany our co-production of Crongton Knights which runs from Sat 8 – Sat 22 Feb.

Published on Tuesday, 14 January 2020 in Services for schools news

Training sessions are being held over the next two terms for staff with responsibility for their school’s library or for literacy.

On Wednesday, agencies in Coventry set out a strategy to expand on the work currently underway to tackle violent crime in the city.

Published on Wednesday, 08 January 2020 in Health and wellbeing news

Coventry and Warwickshire Partnership NHS Trust have launched an upgraded version of their Dimensions Tool.

Coventry’s arrangements for children with special educational needs and disabilities (SEND) has been widely praised by Government inspectors.

Published on Friday, 20 December 2019 in Business and licensing news

Coventry is set to receive millions of pounds in extra funding to make sure the new UK Battery Industrialisation Centre is a world leader for years to come.

Consultation asks: how much should households contribute to stay in temporary accommodation?

Coventry City Council is consulting on proposals that could see charging introduced for some households who are in temporary accommodation. A policy could be in place by April 2020.

Published on Thursday, 19 December 2019 in Children and families news

Young people and their families received some early Christmas cheer with the announcement the extension of the community short breaks scheme.

Published on Thursday, 19 December 2019 in Parking, travel and streets news

The next phase of work on exciting plans to improve Coventry’s railway station will start in the new year.

£5m funding has been secured to help deliver a new cycle route, connecting the city centre with a busy business park in Coventry.

New way for public to donate to rough sleepers

A new Coventry web page has been set up to enable the public to donate to make financial donations to rough sleepers.

Schools of Sanctuary Launch event on the 21 January 2020 at Coventry Cathedral between 10am and 12.45pm.

A greener city centre on the way

Published on Friday, 13 December 2019 in Environment and waste news

A commitment has been made to replace every tree that have been removed as part of regeneration work in the city centre with two more.

With under a month left to go until the consultation wraps up, make sure you share your views on the proposed changes to the Coventry Homefinder Policy.

Published on Friday, 13 December 2019 in Elections and voting news

Hats off to fundraiser

Coventry’s Lord Mayor has been helping a charity fundraising campaign with a difference.

Published on Tuesday, 10 December 2019 in Services for schools news

ICT services will be performing essential network maintenance on Saturday 14 December between 9:00 and 12:00 which could affect schools' internet access and services.

Published on Monday, 09 December 2019 in Leisure and culture news

Agencies across the city are activating Coventry’s Severe Weather Emergency Protocol (SWEP) from today as the temperatures are set to get colder over the next few nights.