There are now just 500 days to go until the Rugby League World Cup 2021 (RLWC2021) kicks off, with Coventry as one of the host cities.

Council Cabinet members will meet next week (9 June) to consider an invitation for Coventry to host the 2022 International Children’s Games (ICG).

Urgent funds are being made available to cultural and physical activity-based organisations and small businesses in Coventry to help them through the COVID-19 crisis.

Coventry’s year as European City of Sport in 2019 saw a massive investment in sport and leisure, thousands getting active, and created a legacy for years to come.

Today (29 November 2019) the Westfield Health British Transplant Games has arrived in Coventry ahead of the event next summer.

Today Sporting Memories was held, and many attended to reminisce with European City of Sport about their great memories.

Spaces are filling quickly for Sporting Memories at The Transport Museum next week. If you are yet to book your space, make sure to do soon.

As Coventry’s year as European City of Sport 2019 is coming to an end, plans for a final week of celebrations are coming together.

European City of Sport have teamed up with CV Life, Year of Wellbeing and The Sporting Memories Foundation to bring an event to Coventry for those that have fond memories of sport from years ago. 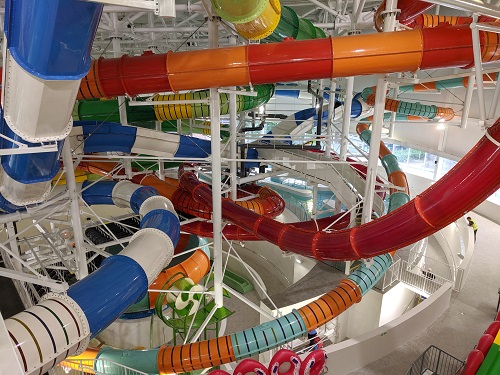 Monday 21 October sees the official opening of the Wave’s waterpark.

A free Inclusive Dance Festival for children is to be held next month as one of the city's many community festivals during its year as European City of Sport.

The Coventry City of Sport Challenge was launched at St Mary’s Guildhall yesterday and registration for sports clubs and community groups is now open.

Cash for Kids, the Free Radio charity, Coventry City Council, Coventry European City of Sport and CV Life have teamed up to bring a unique fundraising challenge to the city.

Cash For Kids, the charity of radio station Free Radio, has joined forces with Coventry European City of Sport, Coventry City Council & CV Life to bring a unique fundraising challenge to the city.

Commonwealth sports switch at the Ricoh

Coventry will now host rugby sevens, judo and wrestling at the Commonwealth Games 2022, but netball has been switched to the NEC.

A group of young Coventry athletes and swimmers who recently competed in the International Children’s Games (ICG) in Russia have been praised for their efforts in representing the city.

Thousands get active at this year’s Sports Fest

Sports Fest has broken its record of people taking part, with over 14,500 people having a go at sport during the festival

The Wave's fitness facilities and Mana Spa open on Monday

Monday sees the official opening of The Wave’s fitness facilities and Mana Spa.