A project designed for children & young people to pay back to the community is helping to create a welcoming woodland for whole families to enjoy.

The team behind Coombe Abbey Hotel is set to manage St Mary’s Guildhall when it opens later this year after £5.6 million of investment and redevelopment.

A new collaboration between Coventry City Council and the Coventry and Warwickshire Chamber of Commerce is set to deliver the city’s destination management and marketing offer.

The former IKEA building in Coventry is set to play a role in the city’s year as UK City of Culture.

Coventry welcomes tourism back to the city

Coventry is leading the way in welcoming tourism back to the city following a familiarisation trip with key industry representatives.

The Council is inviting new applications for its project grants programme to support the arts and cultural activity in Coventry. The scheme sets out to offer more Coventry residents the opportunity to participate in the cultural life of the city.

Youthful Cities: Digital Storytelling Lab is looking for artists between the ages of 18-25 from Coventry to create bold, thought provoking or playfully disruptive digital stories.

Visit Coventry has joined up with the brand new UK City of Culture ‘City Hosts’ to open a temporary Visitor Information facility right in the heart of Coventry city centre.

Getting discounted and free entry to some of Coventry’s attractions is even easier with a Go CV card on your phone.

A new round of grant-funding has been made available to develop new projects during Coventry UK City of Culture 2021.

Minister shown how culture title has changed the city

Yesterday (28 May) Culture Secretary Oliver Dowden was given a whistle-stop tour of some of the recent changes to the city as it begins its year as UK City of Culture.

The people of Coventry are being invited to join together and play their part in the epic and unique final moment of Coventry Moves – the signature event for the year as UK City of Culture.

Our year as City of Culture is finally here

The Leader of Coventry City Council has hailed the launch of Coventry’s year as UK City of Culture as ‘the fresh start that the city and country needs’.

Could you be Coventry’s Poet Laureate?

The search is now on for Coventry’s Poet Laureate and Young Poet Laureate, who will pen verses for the city and its significant events.

Coventry City of Culture Trust has formed a new partnership with one of the city’s premiere sporting teams.

The Belgrade Theatre is delighted to be one of the first theatres in the UK reopening its doors this spring.

The completion of building works on a £2.5million creative hub this week was marked by an aerial arts performance.

Coventry City of Culture Trust has confirmed that the year of culture will start on 15 May 2021 and run for 12 months, and has given an update on what the opening weeks will include.

Live entertainment is back at The Albany Theatre in Coventry!

The Albany has got its sun hat at the ready as a new season of sizzling summer events is announced as part of Coventry’s diverse cultural offering for 2021.

Today, Tuesday 2 March 2021, Coventry UK City of Culture Trust shares an update on preparations for its year of culture, which starts on 15 May 2021 and runs for 12 months.

Active Schools Challenge hits 20,000 entries with one week to go

There is just one week of the Go Parks: Active Schools Challenge to go and over 20,0000 entries have been made.

Arts organisations have been awarded support for their core costs for the next two years, under a programme of grants designed to build the city’s capacity and provide a strong legacy for the UK City of Culture.

A bright future for the Albany Theatre

A report on the future development of the Albany Theatre will go before Cabinet members and the Council in the coming weeks.

Plans for a “once-in-a-lifetime opportunity” to create a joint arts and culture facility of national and international standing are to be discussed by councillors next week.

A £1.4m bid to help transform Coventry’s St Mary’s Guildhall into a major visitor attraction has been given the go ahead by the National Lottery Heritage Fund.

In preparation for its year as UK City of Culture 2021, Coventry is inviting local artists to submit expressions of interest for a series of commission opportunities at Coventry’s railway station.

People across the city are being asked to give their views in a Go CV survey – and give themselves the chance of winning a family ticket to the new Wave waterpark.

Key figures in Coventry are convinced that Coventry’s newest hotel will provide an economic boost to the city after being given an exclusive tour of the project. 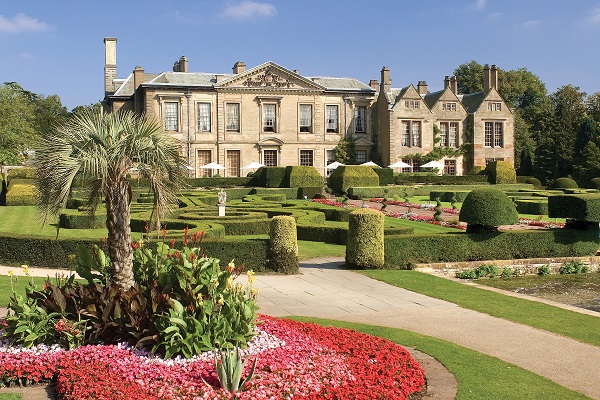 A Warwickshire hotel has been named as one of the top ten per cent hospitality businesses in the world for the first time.

Rediscover Your Coventry this summer

A new campaign has been launched to encourage visitors and local people to rediscover Coventry and all the amazing things it has to offer. To assist in the ongoing drive to promote the city’s attractions and hospitality businesses, a number of partner organisations have joined together to create a ‘Rediscover Your Coventry’ campaign

Sub-categories of Community, leisure and culture