The Lord Mayor and Lady Mayoress of Coventry will this weekend lay an extra wreath on Remembrance Day, in honour of the animals lost to war. 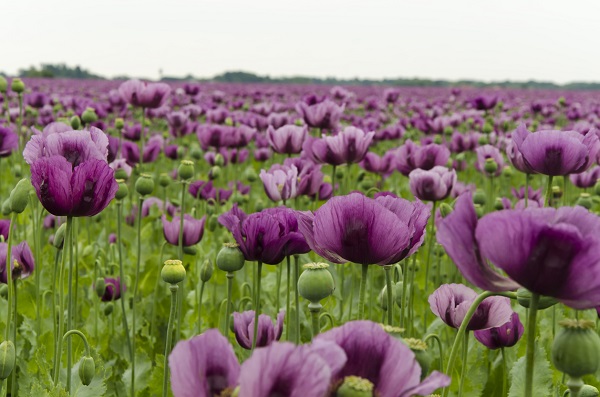 Lord Mayor Cllr John McNicholas, is a strong supporter of animal rights and welfare, and will lay purple poppies alongside the traditional red on Sunday.

The purple poppy was introduced by the charity Animal Aid in 2006. The charity started the appeal because it felt the animals that die at war –mostly horses and dogs – are often forgotten. It has since been adopted by the Murphy’s Army charity.

The Lord Mayor said: “My wife June and I have always been strong supporters of animal charities and we are keen to use our year to highlight issues around animal welfare and promote responsible pet ownership, as well as raise money through the Lord Mayor’s Charities..

“At this time of year we rightly remember all the brave service personnel who have given their lives to protect us and I proudly wear my red poppy every year, but this year I will also be proud to support the purple poppy appeal and urge others to do the same.

“Our faithful animals – be they dogs, horses or many other kinds – have served in conflicts around the globe, and continue to do so. Many have died in service or been hurt. They are loyal and brave and they need our love and support.

“We see the generosity of Coventry people every year through the poppy appeal and I hope that by paying this tribute it will encourage people to think of the role these animals have played and, if possible, make an extra donation alongside the one for their red poppy.”

The Murphy’s Army charity has raised over £75,000 which has been donated to animal-related causes including K9 Heroes, The Horse Trust, Smokey Paws, Household Cavalry Foundation, Bravo Working Dog Rescue and Fireside K9.

The charity has also provided 100 pet oxygen masks to fire services across the UK, and 250 cooling coats to service dogs.

Donate using the online payment system. Please make sure you select 'Council and democracy' and then 'Lord Mayor's donations' from the drop-down list. Or you can send a cheque payable to the 'Lord Mayor's Charity Appeal' to The Lord Mayor's Office, Council House, Earl Street, Coventry CV1 5RR.