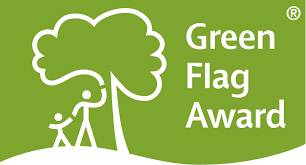 The War Memorial Park has once again been successful in achieving a Green Flag Award for 2019.

The Green Flag Award Scheme is a national project to reward the best parks and green spaces in the UK.

The first awards were given out in 1997 and, many years later, it continues to set the standards expected of our parks and green spaces. It is also seen as a way of encouraging others to achieve high environmental standards, setting a level of excellence in recreational green areas.