Our online payment system will be unavailable this weekend due to essential maintenance. Our apologies for any inconvenience caused.

Find out how you may be affected

Making more of your city

Pages in Making more of your city 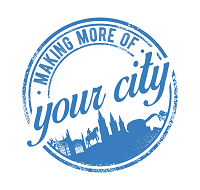 We have secured grant funding from the West Midlands Combined Authority and the Coventry and Warwickshire Local Enterprise Partnership to invest in the city centre to ensure we create a legacy for local people after the city has welcomed the world for its year as City of Culture in 2021.

Numerous changes have already taken place to transform Coventry's public spaces, with £57m invested in the city since 2011, and an estimated £10m+ by 2021. This has resulted in significant private sector investment in public realm schemes and commercial developments.