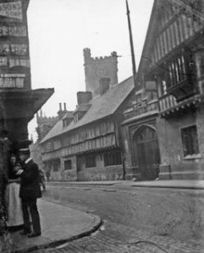 Coventry contains an exceptional range of archaeological remains dating from the prehistoric period to the 20th century. Coventry has often suffered from the misconception that much of its history was lost in the Blitz of the Second World War and to the redevelopment that followed, but this is not true.

Archaeological work undertaken as part of new developments has shown the extent and significance of surviving archaeological remains in the City, even in intensively developed areas. Archaeological remains are non-renewable and it is therefore essential that they are properly safeguarded - in line with government guidance, the Council's own policies, and recognised best practice - without preventing or discouraging the regeneration, which is essential to Coventry's future.

Some archaeological sites in Coventry and protected by law as scheduled monuments, work is not permitted on these sites without the consent of the secretary of state.

Archaeological remains can play a positive role in regeneration, providing a context for future development, whilst they can also be an asset to local communities for education, tourism and leisure.

Next Archaeology and the planning process