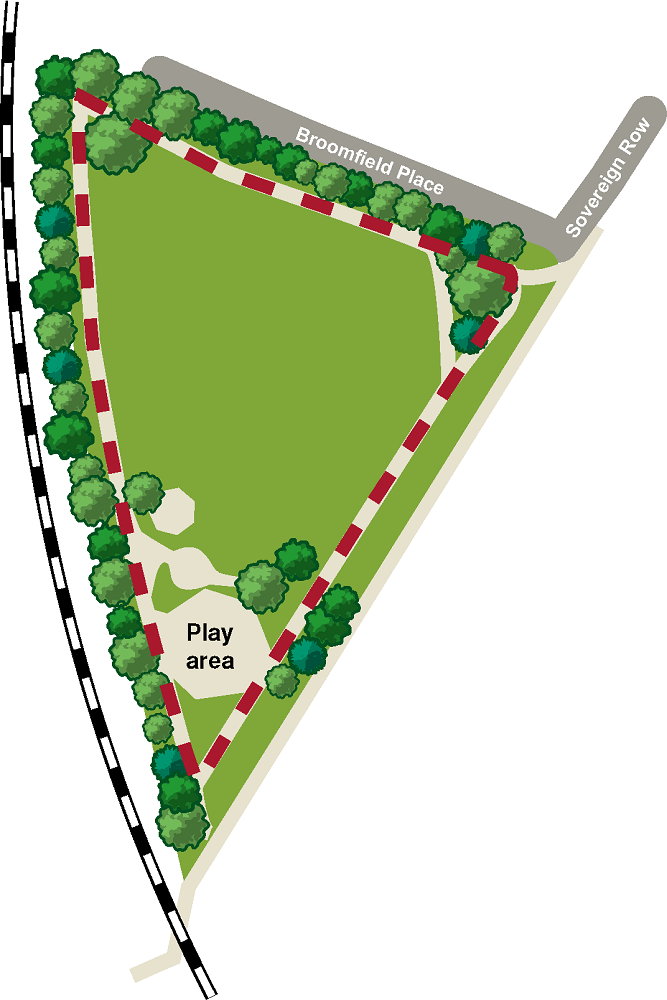 Sovereign Row Park is a small but attractive and popular family park next to the Butts Park Arena, home of Coventry City Rugby Club, off Butts Lane. The park is sometimes known as Broomfield Park and Butts Park, named after the area’s use for archery in the distant past. The park can be found at the back of Broomfield Place in Spon End. A footpath from Sovereign Road through a tunnel beneath the railway line also leads past the park. Parking is extremely restricted in the area and the park is best accessed by foot.

The park is flat and easily accessible to all abilities with a good network of footpaths around the boundary. It contains a small playground with fixed play equipment for children from approximately 4 years old to 13 years old and natural play features including boulders and logs. The park also has a large grassed area which is used for informal games and similar recreation and shrub beds and a mixed hedgerow which are attractive to wildlife.

Dogs are allowed into the park, however they must not be taken inside the fenced playground. As usual, dog owners are responsible for their pets and must clean up after them. Seats and litter bins are provided throughout the park.