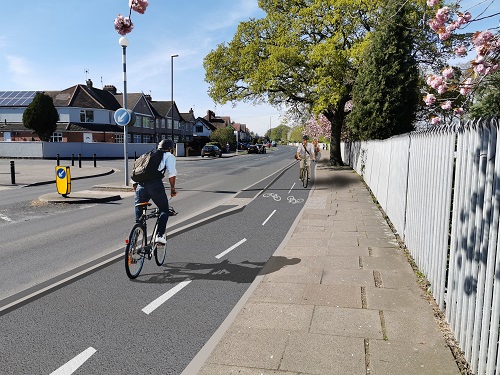 We are building 2.75km of two-way, fully segregated cycleway along the Coundon Road/Barker’s Butts Lane corridor linking the city centre with Coundon Green. This is being delivered as part of a package of measures to improve the air quality in Coventry. This will help to remove traffic from the section of Holyhead Road where Nitrogen Dioxide (NO2) levels are at their greatest. This is being funded from a government grant specifically to deal with NO2.  This will also be the first route that will eventually lead to a strategic cycle network across the city.

Our aim is to provide an easy and comfortable cycling experience that new and existing cyclists feel confident using. The route is direct and gives cyclists protection from traffic and prioritised travel through junctions.

What are we doing?

The cycleway will be a section of the highway dedicated for the use of people on cycles.  It will be positioned between the path and the road and will be physically separated from both using kerbs and a change in level. It will have priority over side roads that it crosses and it’s own traffic signals at junctions and crossings. Parts of the cycleway have already been completed and can be used and are currently finishing the section from Moseley Avenue to the railway line. 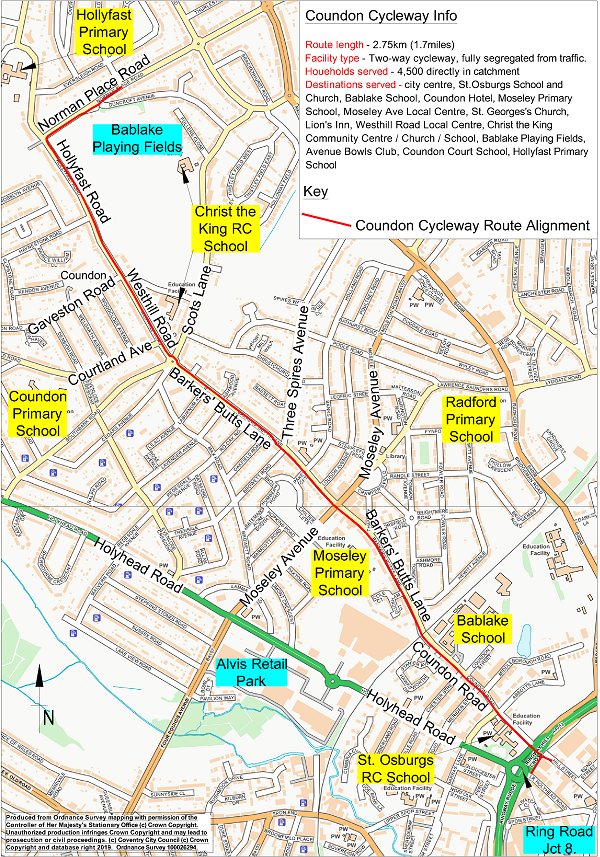 Who is it aimed at?

The cycleway has been designed to help people that do not currently cycle because they fear for their safety. In a recent survey across the West Midlands, the biggest reason given for people not cycling is that they are ‘concerned about safety’ and the second reason is that people state they are ‘not confident cycling’.

In response to the survey, more than three out of four people think cycling safety isn’t good enough – and even more think it isn’t good enough for children. The cycleway has been designed with safety as the main aim by physically separating people on cycles from vehicular traffic. It will also be direct and comfortable to ride on.

You can download the consultation plans. There are 17 plans along the route. On the first page you will see a sheet to click on depending on which areas of the route you are most interested in. You can also see the amendments made following a consultation which has now been approved.

Why is the Cycleway so wide?

The cycleway is bi-directional which means people on cycles pass each other in opposite directions and so the cycleway needs to be wide enough to allow this to happen safely. A typical upright cycle requires a width of one metre, but tricycles, recumbent cycles and physically adapted cycles require up to 1.2m, plus room to pass each other.  Design standards, therefore, require a width of 3m and a buffer between the cycleway and road of at least 0.5metre.

Why is the road now so narrow?

When working out the width of a road, we need to consider factors such as how much traffic there will be, the type and mix of traffic, the speed limit and what other activity may take place on street such as loading or parking.

Two cars can pass in a width of 4.8 metres and lorries can pass at 5.5 metres. Barker’s Butts Lane will have a width of 6.2m – this measurement doesn’t include the  on-street parking in designated bays. Hollyfast Road is now 6.8metre wide which allows two cars to pass an occasional parked car on the carriageway, but larger vehicles would have to give way. Because Hollyfast Road has a low number of large vehicles and on-carriageway parking, a small amount of ‘give and take’ in this suburban residential location is acceptable as it helps reduce traffic speed.

Will trees be trimmed from around street lights?

Yes.  We will trim the tree canopies around street lights and where low canopies overhang the footway or cycleway, this includes street trees and trees in adjacent fields where we have the agreement of the landowner.

When will you plant new trees?

How is the work funded?

Coundon Cycleway is funded by a government grant that can only be used to implement the Local Air Quality Action Plan.

Why can’t people just cycle on the roads?

Over half of the people asked tell us that safety is the largest barrier to cycling and a quarter of people say a lack of confidence is also an issue.

We want to help more people be able to cycle. Cycling has significant health and economic benefits as well as helping to reduce pollutants that cause poor air quality. We know that cycle tracks on roads that are physically separated from traffic and pedestrians enable more people to cycle.

If you have any questions, please email CoundonCycleway@coventry.gov.uk 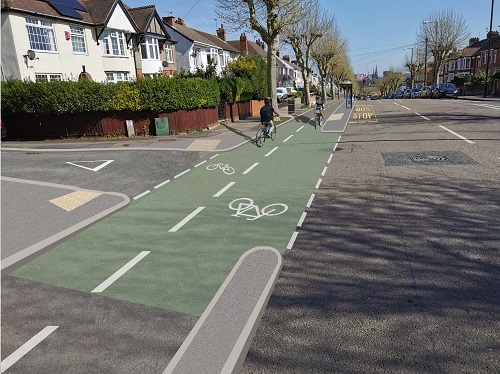