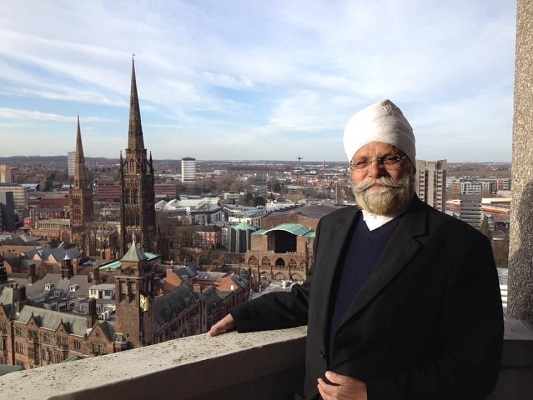 time as a child in Lahore in Pakistan, and Calcutta in West Bengal, as his family travelled for employment.

In the mid-1950s he emigrated with his parents to Kenya in East Africa, where he had his primary and secondary education, and emigrated to the UK in the ‘60s to carry on with his further education.

He graduated in Civil Engineering and worked for Warwickshire County Council on the design and construction of highways projects in the West Midlands, before joining the Arup Group.

Cllr Birdi has spent 16 years as a councillor in the city, representing Bablake Ward for the past eight years, following two terms of office in the 1990s in the Hillfields Ward.

He was re-elected in the May 2022 local elections.

Apart from being a councillor, he has been actively involved in setting up religious, social, and community projects in the city.

He said: “I am very proud to have been named as the new Deputy Lord Mayor of this great city and I am looking forward to helping the recovery from the COVID pandemic.

“There are also many great events on the way, with the Commonwealth Games and the International Children’s Games coming to the city soon and I will be honoured to help welcome visitors and show them why we love our home.

“As a Sikh, I will be the first Lord Mayor of Coventry to wear a turban and that means such a lot to me, to my family and to many others. Coventry is a happy, multicultural city that I have loved since I moved here all those years ago, and I will be so proud to promote that and the joys it brings.”

Cllr Birdi is married to Krishna, who was born in East Africa, and they have three children and three grandchildren.