In July 2020, Cabinet approved a local air quality action plan to comply with the Environment Act 1995 (Coventry City Council) Air Quality Direction 2020; and this was followed by approval of the full business case in December 2020. Coventry has been awarded grant funding of £24.5m to implement the scheme. 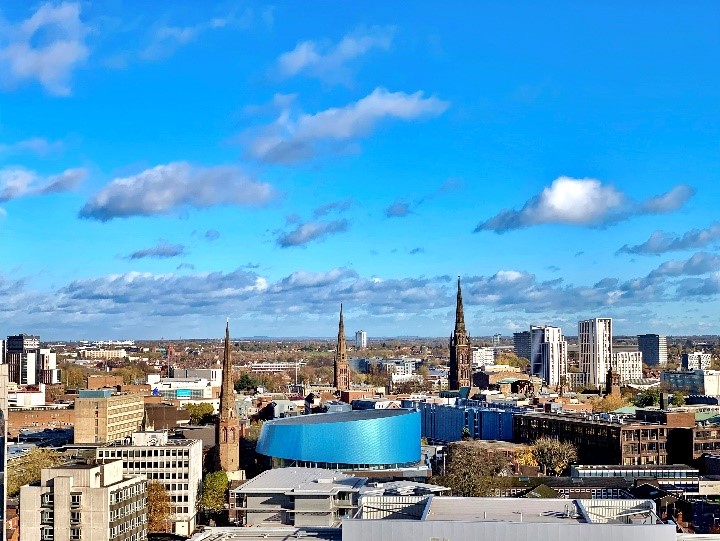 The package of measures includes:
•    capacity improvements on the B4106 through Spon End and Junction 7 of the Ring Road, including improved routes for pedestrians and cyclists;
•    opening Upper Hill Street onto the Ring Road, giving left in/left out access to the Ring Road via the anti-clockwise on-slip road at Junction 8;
•    closure of Barras Lane between the A4114 Holyhead Road and Coundon Road/Upper Hill Street allowing the removal of the signals at the Barras Lane / Holyhead Road junction;
•    reducing the number of polluting vehicles by introducing restrictions on the eastern section of the A4114 Holyhead Road on the approach to Junction 8;
•    construction of a segregated cycle route linking Coundon with the city centre along Coundon Road and Upper Hill Street;
•    engagement initiative (travel planning) for schools, businesses, and communities along Holyhead Road Corridor;
•    banning the right turn from Cash's Lane onto Foleshill Road;
•    HGV ban on part of Foleshill Road; and
•    assigning electric buses to Foleshill Road. 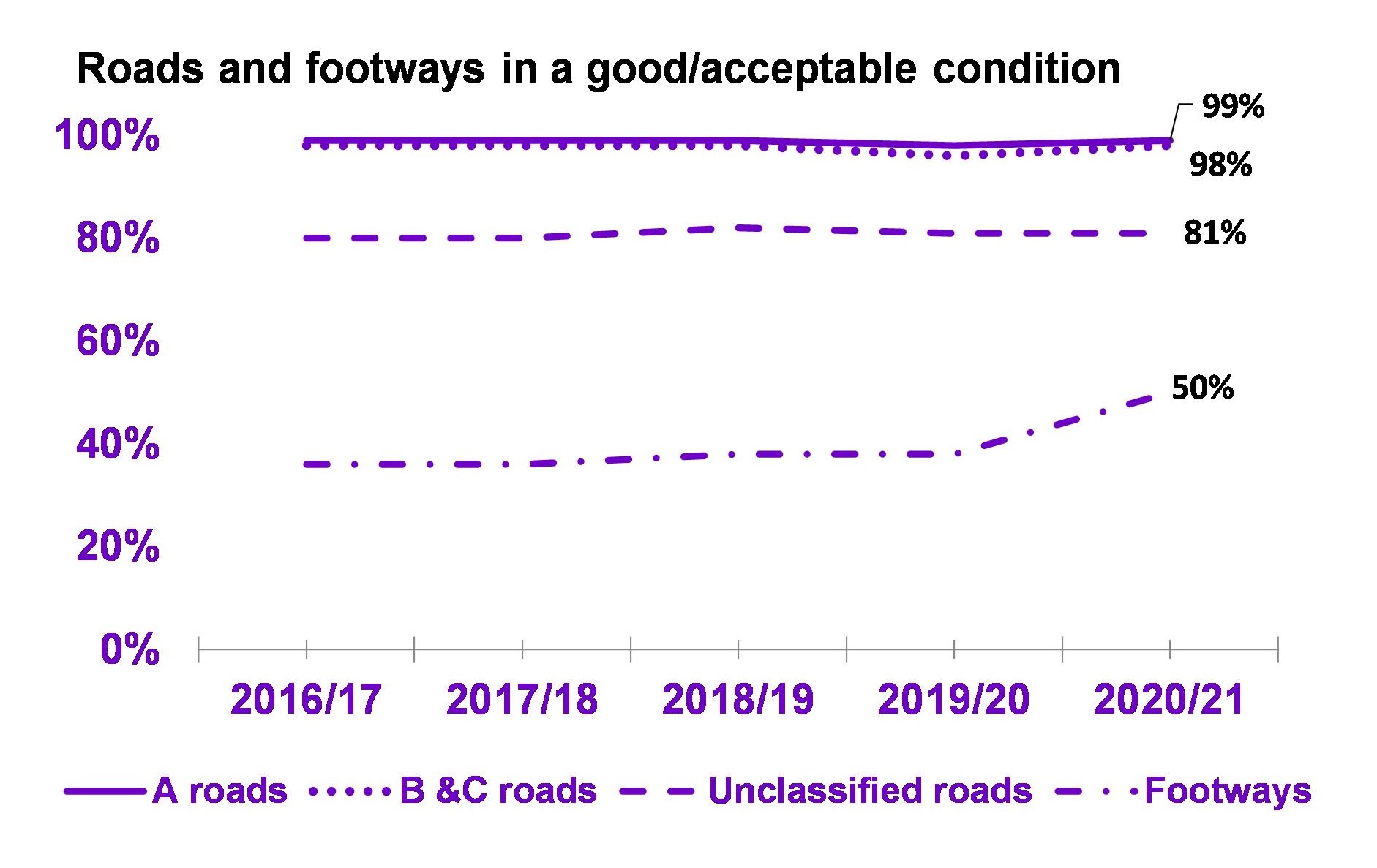 A larger sample of footway condition data was analysed for 2020/21 compared to smaller samples used in previous years. National reporting requirements only analyse a small sample of the footway network, however this year we collected and analysed data on a much large proportion of footway; this showed an apparent improvement in the footway network. 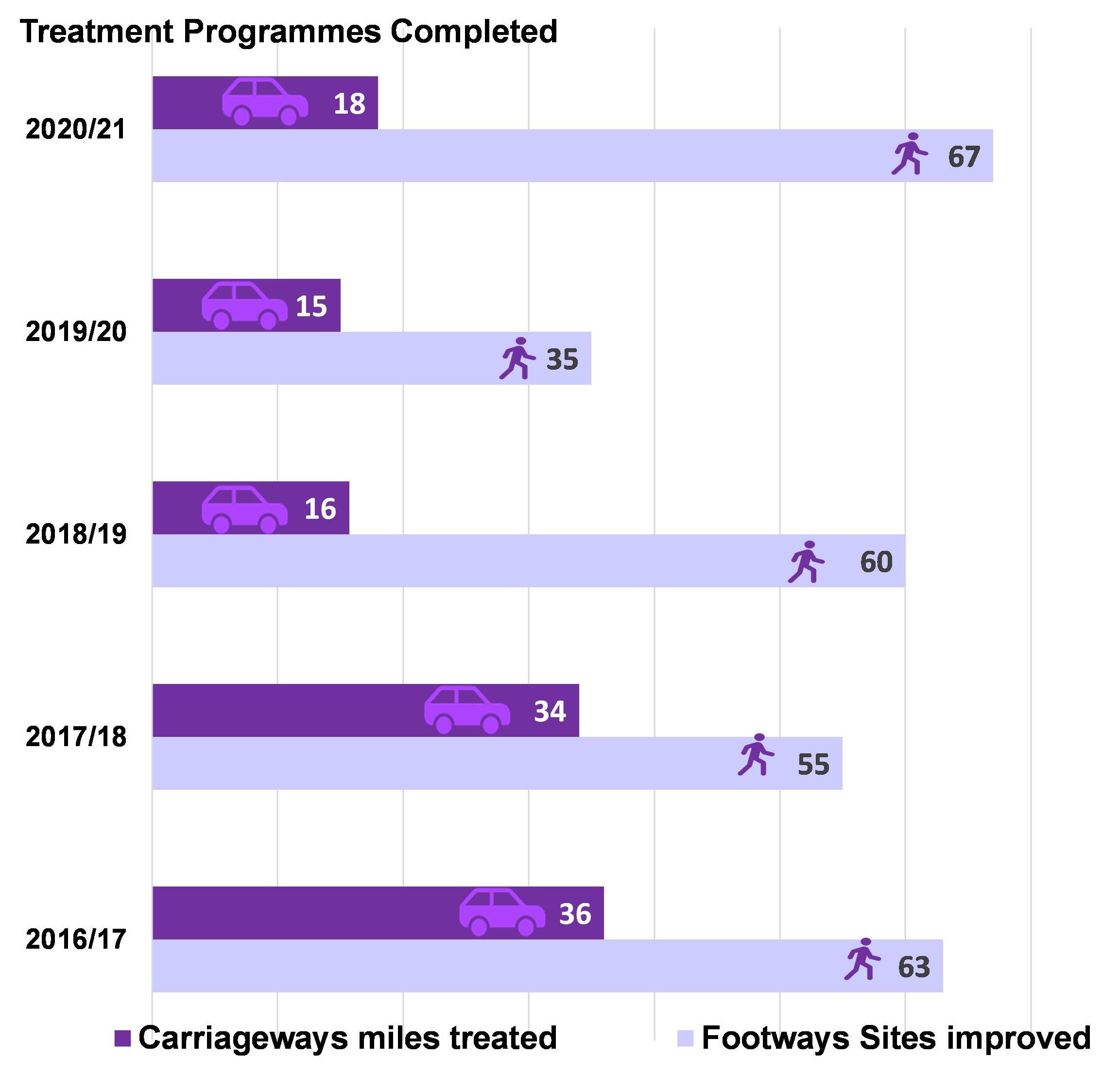 A successful bid was made to the Department for Transport for footway improvements along bus routes. This enabled 67 sites to be improved in 2020/21 compared to 35 sites in 2019/20.
Additionally, a further £5.5m of funding was secured for the Swanswell Viaduct of the ring road (A4053), which helped progress the refurbishment and upgrade of this vital road.
The pandemic had little effect on the day-to-day service provided by the Council to maintain its roads and pavements, with inspections, maintenance and repairs continuing throughout. The team have proved incredibly resilient and adaptable to new working regimes and have continued to serve customers throughout.

Number 1 for electric vehicle charging points outside of London 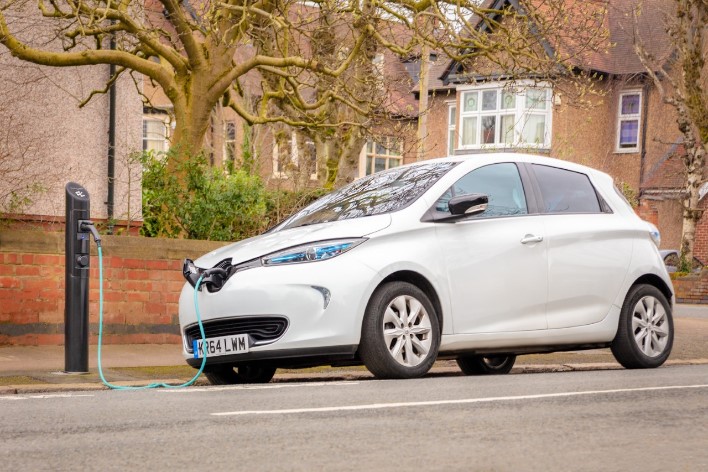 Coventry received an electric vehicle (EV) boost with 30 new on-street electric vehicle charging points installed in the Holyhead Road area as part of an exciting new pilot project. UK-based EV infrastructure company, Connected Kerb, is behind the project driven by Coventry City Council, funded through grant funding of just under £1.5 million. This brings the total number of EV charging points across the city to 488 – making Coventry the most accessible city for EVs outside of London, overtaking Milton Keynes. Usage data for the charging points are being monitored – while usage during the Covid-19 first lockdown was low, this has recovered after the second national lockdown in November 2020, with usage increasing month-on-month, up 86% from January to June 2021. A map of charging points for EVs in Coventry and elsewhere in the UK is available on Zap-Map. 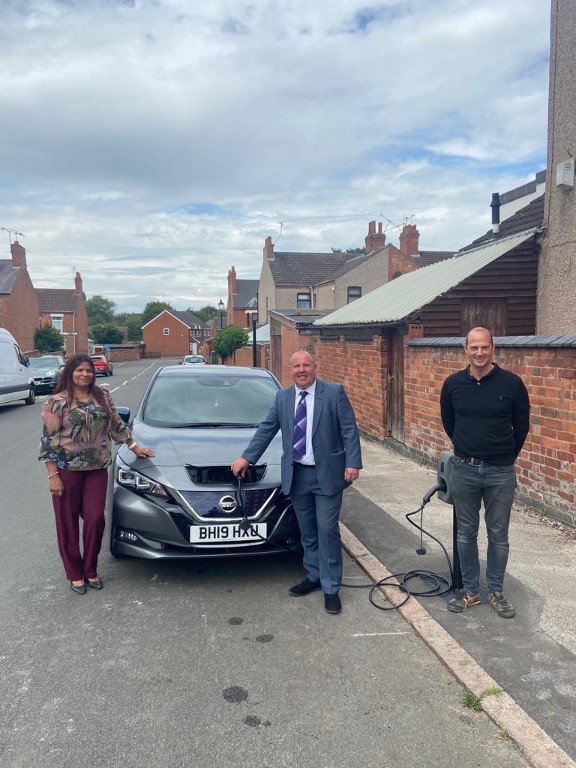 The scheme has also installed air quality sensors, which are fitted onto the same posts as the charge points, providing data on pollution levels.

Fly-tipping reports continued to be followed-up with intelligence from citizens and partners including the police and housing associations. ‘Hot streets’ are identified, allowing resources to be targeted on problem areas.

The street enforcement team has targeted resources towards locations where issues are occurring and at the times that are needed. This will increase the number of front-line patrolling officers, ultimately leading to more community engagement ‘on the street’, which we have found is the best way to reduce fly-tipping. More officers time is also being devoted to investigating the most serious incidents of fly-tipping and focussing on problem locations.

The street enforcement team has targeted resources towards locations where issues are occurring and at the times that are needed. This will increase the number of front-line patrolling officers, ultimately leading to more community engagement ‘on the street’, which we have found is the best way to reduce fly-tipping. More officers time is also being devoted to investigating the most serious incidents of fly-tipping and focussing on problem locations.

Increase in recycling and composting

The provisional data for 2020/21 shows that the percentage of household waste recycled and composted has increased slightly from 33.4% in 2019/20 to 34.0%.
Running an operational service during a pandemic has been challenging but also offered new opportunities. As the country closed food and drink outlets, we have seen a higher volume of recyclable materials being offered for collection through the kerbside blue bins. 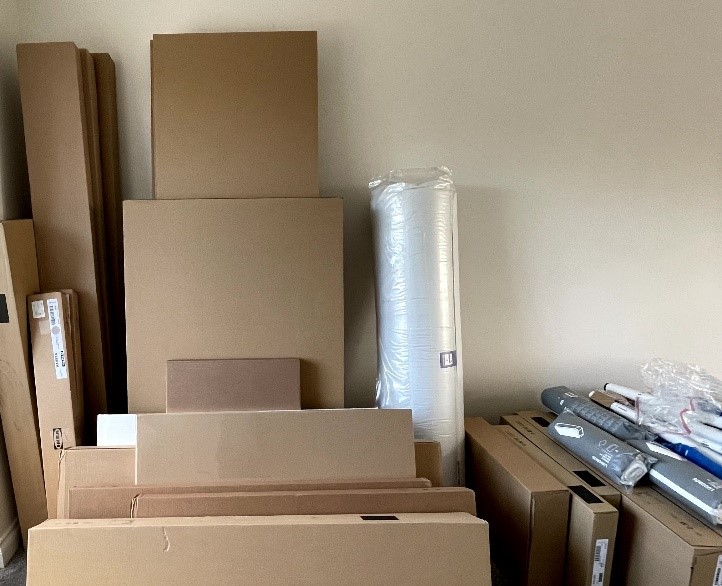 Above image: online deliveries have created more packaging materials and the trend for continuing shopping in this way is increasing.

Engaging with public face-to-face was suspended and advice on managing waste was given by phone during the pandemic; although now we are once again able to speak to residents in person.

The bulky household collection received a boost from the City of Culture fund used for a “spring clean” of the city. This has, amongst other benefits, helped residents to clear away large items at half price. The spring clean funding has allowed us to increase the number of daily collections, and the half price deal has been so successful it has been continued from March into the new financial year. During the final quarter of the year, over four tonnes of items collected through bulky waste were suitable for reuse and will have a new home.

When restrictions on non-essential travel were relaxed after the lockdown, the Coventry Household Recycling and Reuse Centre (the tip) on London Road reopened on 18 May 2020,with a new booking system introduced to manage capacity. Residents were able to book in advance either online or by phone to book a trip to the tip. The systems enabled the tip to safely reopen and comply with the Government's social distancing rules. Following positive feedback from residents, the booking system at the Household Recycling and Reuse Centre has now been made permanent. Residents are reporting that the booking
system makes a trip to the tip much easier and safer. Residents can book online at www.coventry.gov.uk/recycling.

A successful zero emission electric bin lorry trial was carried out in 2020/21. The bin lorries are fully electric with zero emissions and are able to work a nine-hour shift after just six hours 45 minutes battery charge. 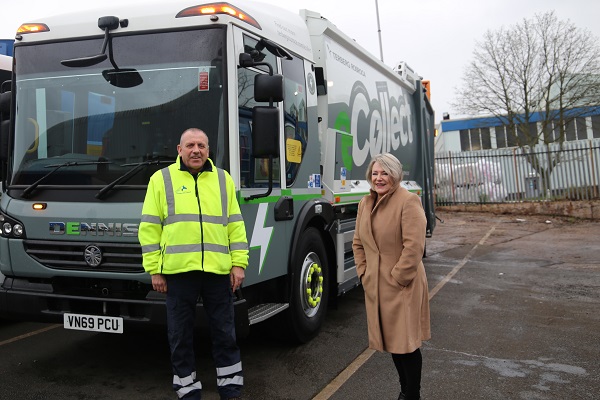 The Council hopes to gradually replace the diesel fleet to help reduce air pollution in residential areas as well as meeting green targets for carbon reduction. 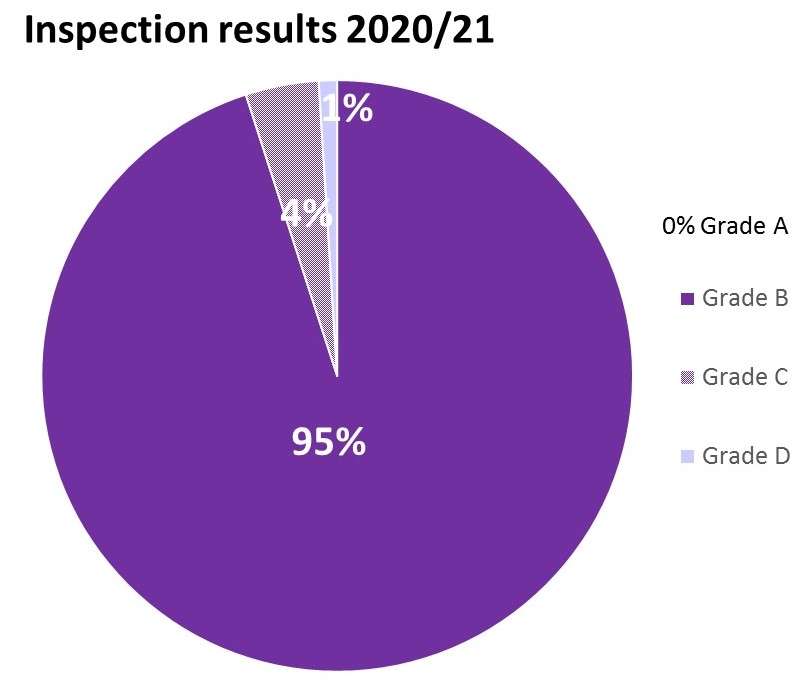 There has been a 3-percentage point increase in sites falling below the Grade B cleanliness standard in 2020/21.

In 2020/21 95% of inspections completed were graded B and none were graded grade A, therefore in 2020/21 the percentage of sites graded B or above reduced from 98% to 95%. The percentage of sites below standard increased from 2% to 5%, with 4% graded C and 1% graded D. Inspections are undertaken on a weekly basis by the supervisory team. These inspections have been developed to measure work undertaken by the Streetpride teams, such as cleanliness, fly tipping, graffiti, grass cutting, hedges and shrub beds of the local environment.

The frequencies of cleansing have been developed and adjusted over time to manage resources to meet a defined standard (grade B, predominantly free of litter and refuse apart from some small items) in the code of practice as far as possible. The pandemic has had an impact on service delivery as a result of operational staff absences due to the requirement to isolate. Measures have been undertaken to reallocate resources to maintain key services. 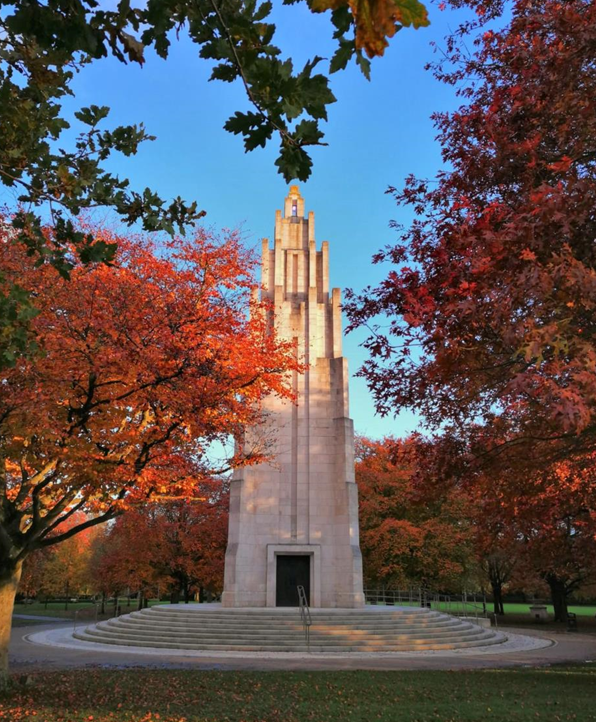 Above: War Memorial Park
Visit or find out how to volunteer in your local park at: www.coventry.gov.uk/parks

Go Parks, a new initiative for the people of Coventry that helped find new and exciting ways of using parks and greenspaces was introduced in August 2020. This brought everything from sport and physical activity to wellbeing and culture to local parks. 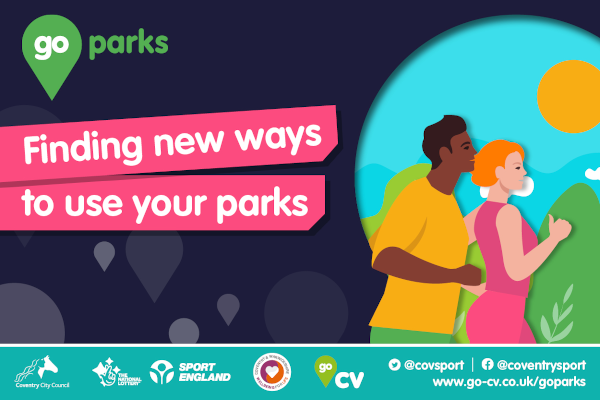